Read below as our guest blogger Ian Wright gives us an account of his experience travelling to Montreal to compete in the Power Soccer Shop International Invitational Cup to try out for Team Canada!

In early May, I had the opportunity to travel to Montreal to compete in the Power Soccer Shop International Invitational Cup with the BC Storm Force and try out for Team Canada. The tournament was part of Defi Sportif, a week-long disability sports event with 5000 athletes in 14 sports. The power soccer games were live streamed online by Power Soccer Shop, with commentary by Tony Jackson. 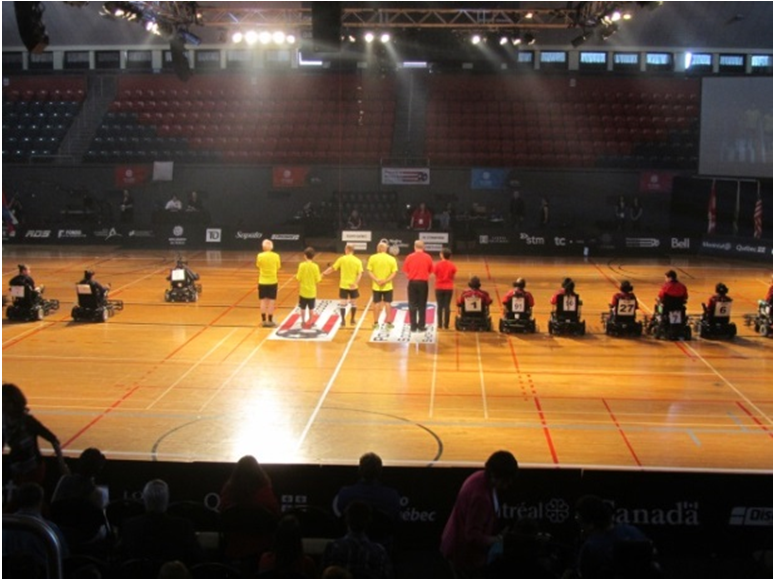 The Storm Force was made up of 6 players from the Vancouver area (Ana and Diane Lu, Vanessa Chen, Dale McLeod, Lareina Yung and Shayne De Wildt) and me from Kelowna. We were all also trying out for team Team Canada. As the only player on the team from outside Vancouver, I was excited about the rare opportunity to join some of the best players from this province. Our competition included teams from Quebec, Vermont, and Rio de Janeiro, Brazil.
Our first day of competition started in the evening, with games at 6 and 9 pm. This was much later than any of us were used to playing, but we had a good start to the tournament, with 3-0 and 5-0 wins over Montreal and Rio. We then headed back to our hotel, because we had to be ready to play again at 10:30 the next morning. 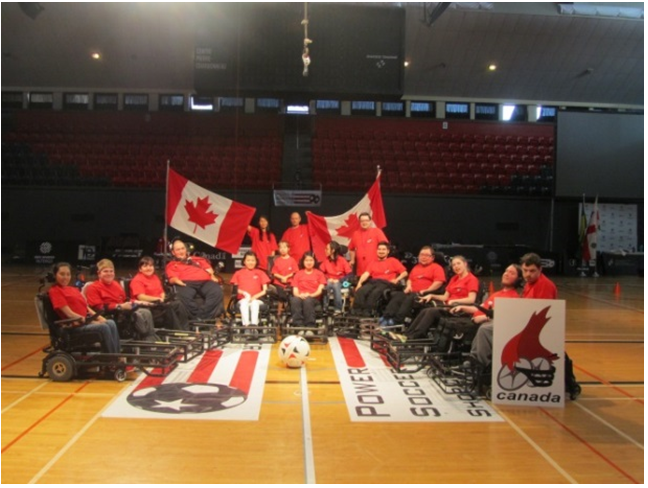 Day 2 began with a national championship game against Team Quebec. It was a more competitive game than either of our previous two matches, but we still came away with a win while allowing only one goal against. In our next game against Vermont, I scored 3 goals to bring my total for the tournament up to 5, while helping my team earn a 4-0 victory. We finished the day with a national team training session with the 6 players from Quebec who were also trying out for Team Canada, and posed for a group photo. 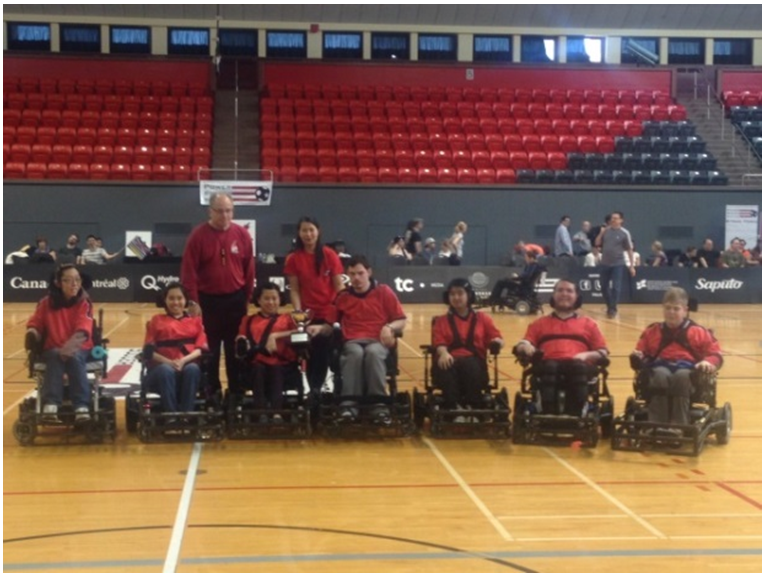 Having won all of our previous games, we qualified for the final on day 3 against Team Quebec. The game was promoted as the Super Finale of Defi Sportif, and was broadcasted live by French language sports network RDS. After the first half, we were leading 3-0 on goals by Vanessa Chen and both Lu sisters. In the second half, I managed to score a goal. Then, in the final minutes, Shayne De Wildt scored a goal, immediately followed by a big crash that left his chair temporarily inoperable. Fortunately, the chair was easily fixed and Shayne was alright. We won the game 5-0, with goals by five of our seven players. We were excited to win the tournament while allowing only one goal against, largely thanks to Dale McLeod’s goaltending. Vanessa Chen earned an award for scoring the most goals in the tournament, because she is almost always in the right position to receive a pass. 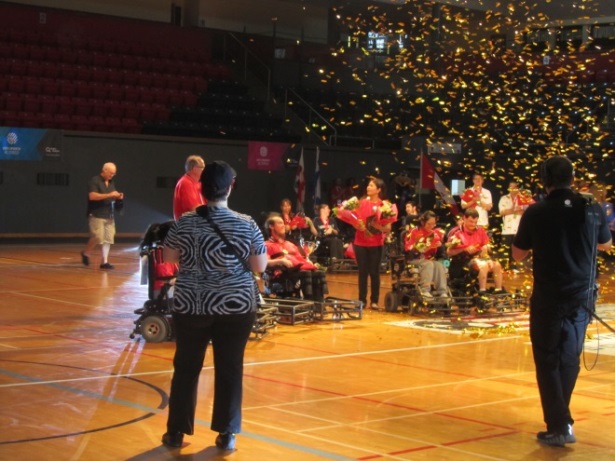 Thank you very much to our coaches Lianna Yung and Gord Marks for helping us have such a successful tournament. I would also like to thank national team coaches Jean-Pierre Des Groseillers and Pierre Hebert, Defi Sportif for hosting the tournament, Power Soccer shop for their sponsorship and broadcasting. Finally, I’d like to sincerely thank Sportability, on behalf of the entire team, for their amazing support.