On March 10-13, 2016, SportAbility had the pleasure of welcoming athletes from all over Canada to participate in the 2016 Canadian Boccia Championships at the Cloverdale Recreation Centre in Surrey, BC, alongside Boccia Canada.

Boccia was originally designed as a sport for people with Cerebral Palsy but now includes athletes with disabilities that affect motor skills.

Competition began with team events on Friday, March 11th, with players competing in both teams and pairs events for a coveted gold medal.

The event began with a wonderful and inspiring opening ceremony. It was during these ceremonies that Boccia Canada was officially launched and competition opened with Paul Jalbert and Alexandre Ziegler reading the athlete’s oath. 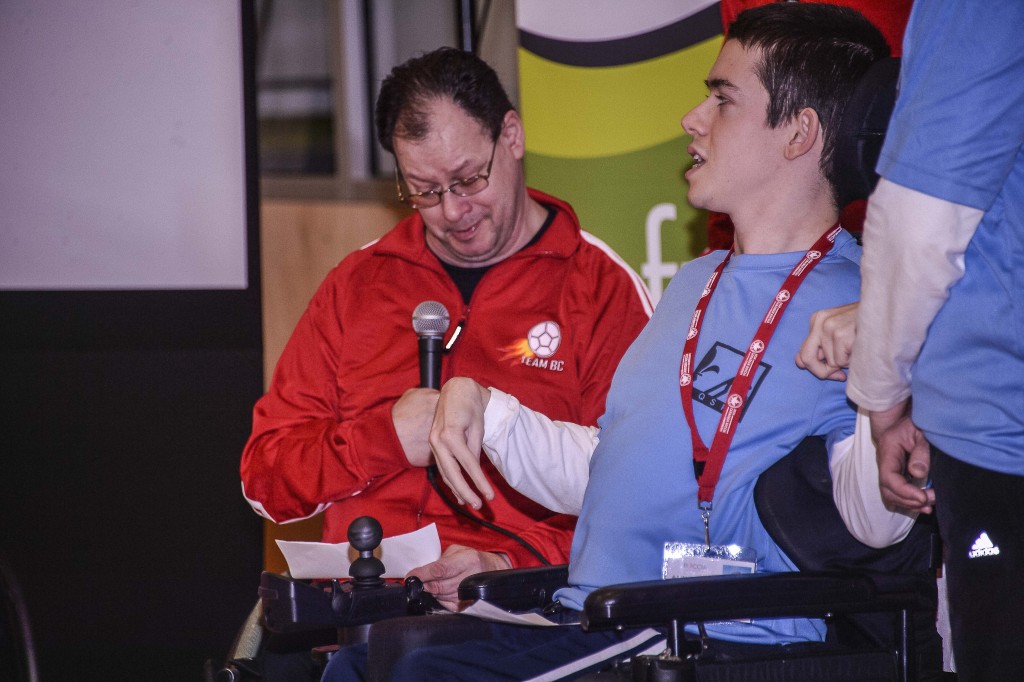 Quebec dominated in the team rounds, winning a medal in all three categories. Quebec left with two gold medals in the team events: The BC 4 Pairs team of Alison Levine, Iulian Ciobanu, and Marco Dispaltro; as well as the BC3 Pairs team of Bruno Garneau, Éric Bussière, and Philippe Lord. Quebec rounded off their medal total with a Bronze from the BC1 & BC2 Team category from Josée Lamothe, Éric Léfebvre, Alexandre Ziegler, Dave Richer, and Benoit Ostiguy. Team Ontario followed close behind with Gold from the BC1 & BC2 Team of Adam Dukovich, Tammy McLeod, Brock Richardson, and Ben Guerin, as well as Silver in BC3 Pairs from Kevin Shaw and Clarence Merrigan. After a tough round of matches, Team BC was able to win Silver in the BC1 & BC2 Team Category from Paul Jalbert, Shayne De Wildt, Gabriel Wadham, Hanif Mawji, and Chris Halpen. Finishing off the medal count for the day was Nova Scotia’s BC3 Pairs team of Jennica Gagne and Penny Kitchen. 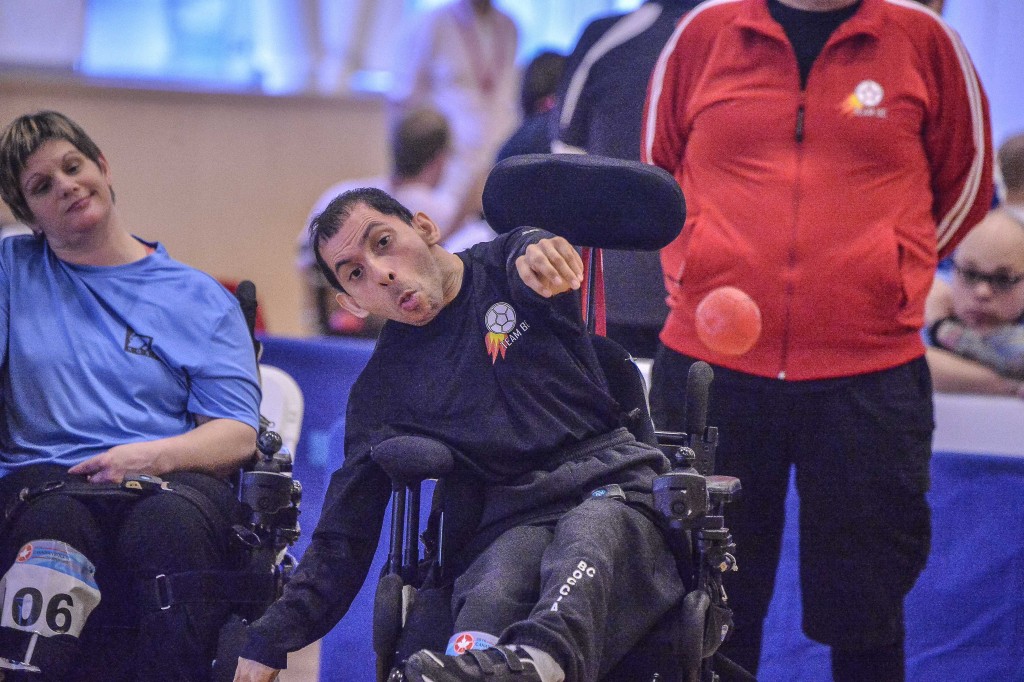 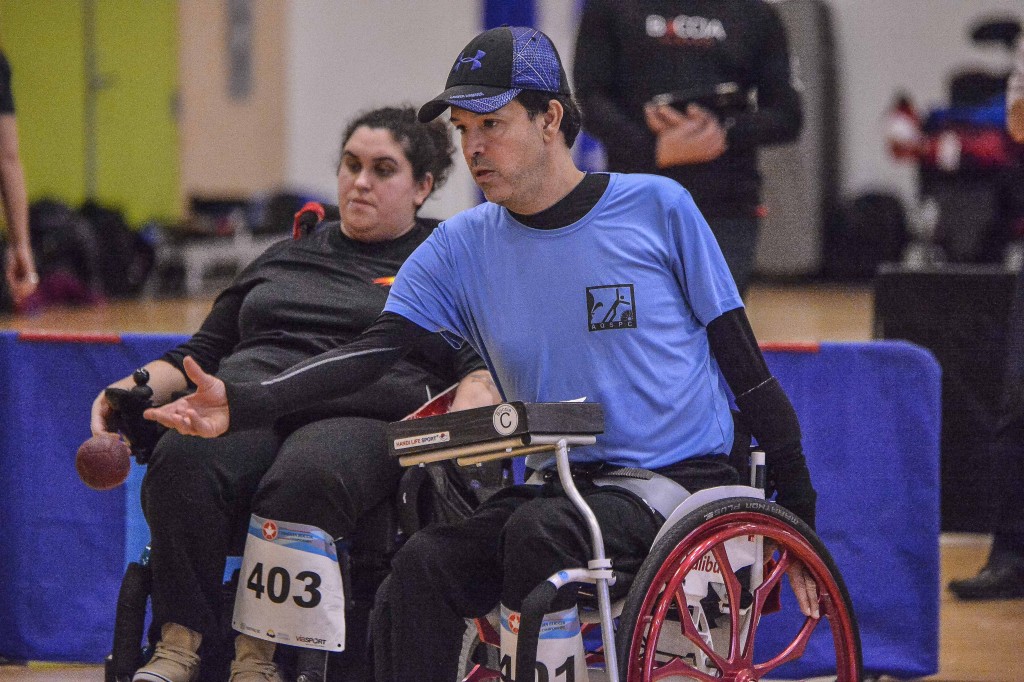 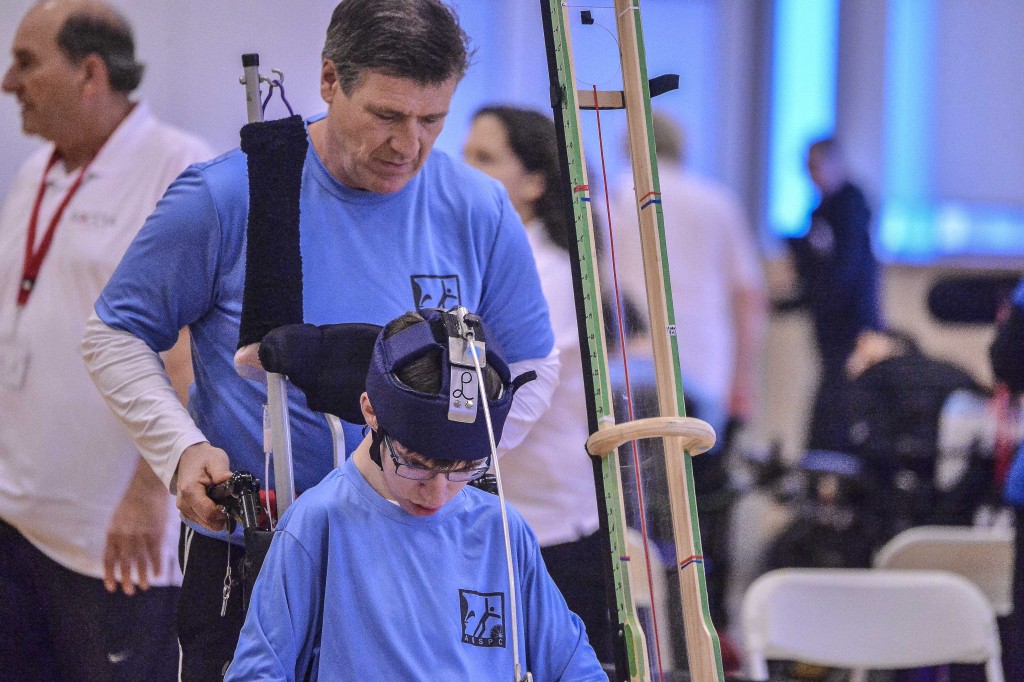 This was the fourth Canadian Championships for Jennica Gagne, who loved the opportunity to come out West and wants to take home a bottle of the Pacific Ocean while she’s here to dump into the Atlantic Ocean back home. Her love for the Boccia community is evident in the way she exclaims that “everybody supports everybody,” and that even though all the athletes are competitive and want to win, “when it comes to renewing equipment, everyone helps out.” When asked why she plays Boccia, she says, “I can do something my sister cannot do.” Her goal is to make the Canadian Paralympic team by the next 10 years. 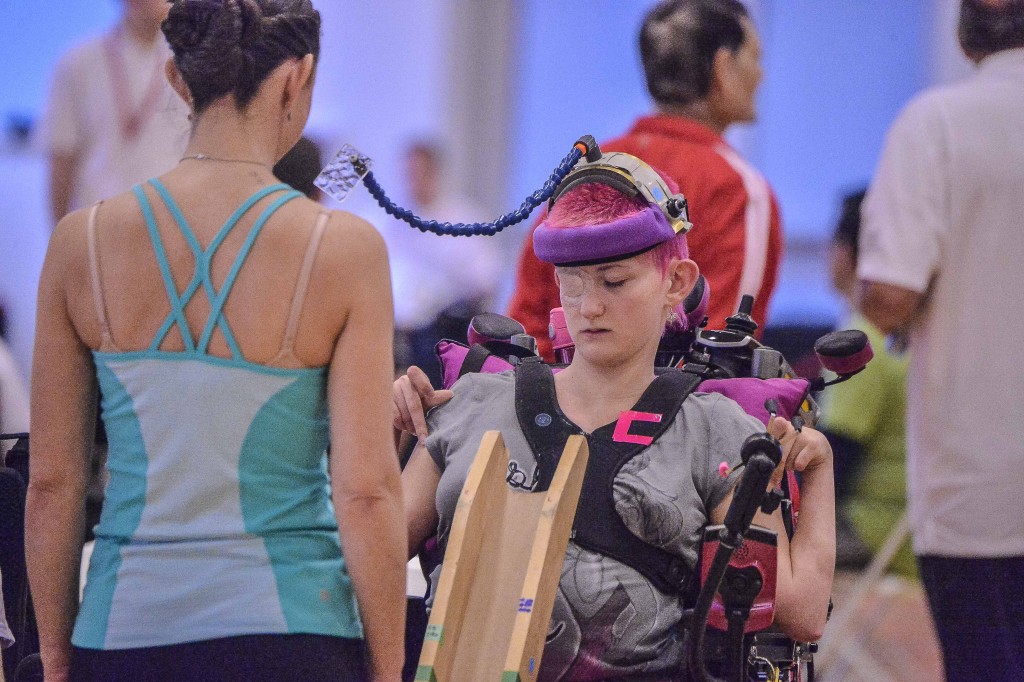 Individual events kicked off on Saturday with competition continuing on through to Sunday with extremely exciting matches throughout both days. Final results from the event included exciting performances in the finals from all athletes, including decorated Paralympians such as Paul Gauthier of British Columbia and Marco Dispaltro of Quebec, who both ended up with Gold in the BC3 and BC4 categories, respectively. 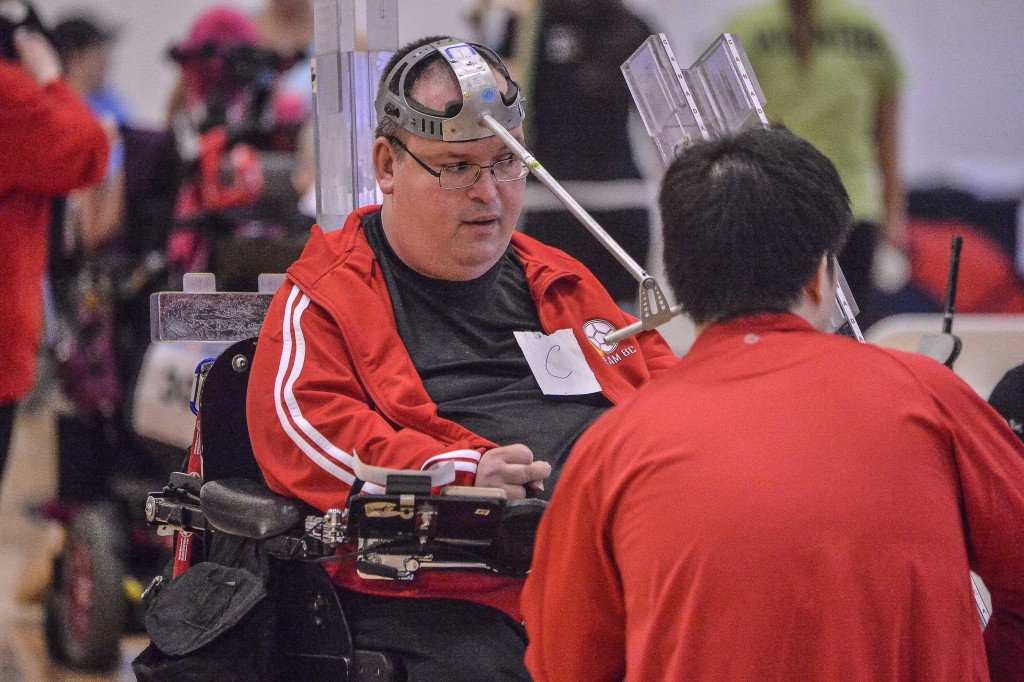 British Columbia athlete Shayne De Wildt says that his favourite part of Boccia is competing with other people with the same abilities as himself. As an experienced athlete in Power Soccer, Shayne began playing Boccia this year as a way to “experience playing in different sports and strive to be the best”. 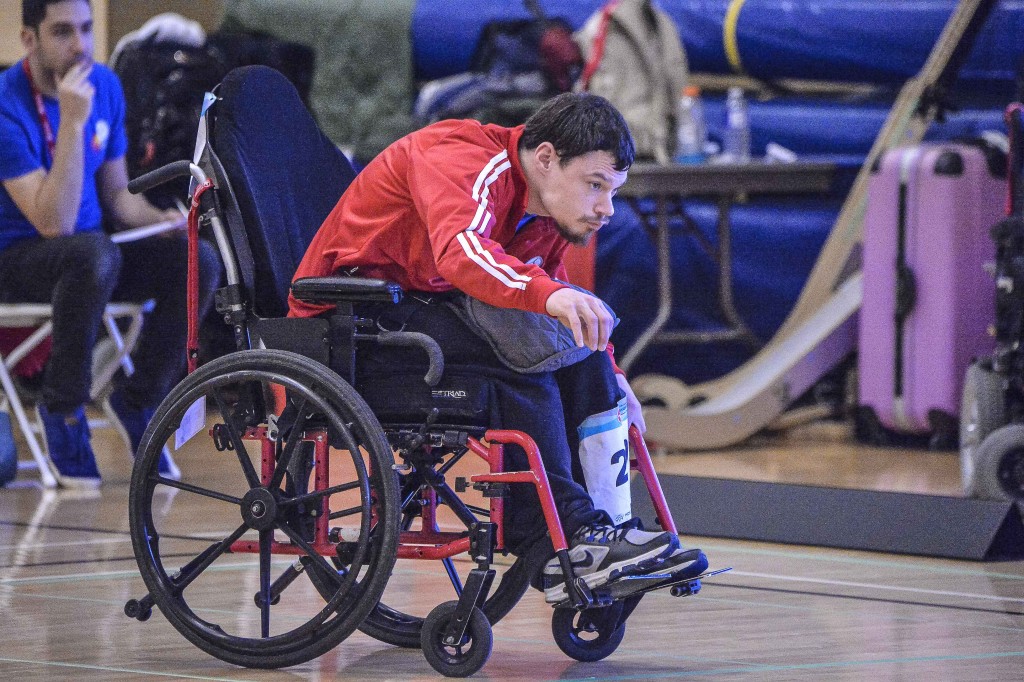 This was also the first Canadian Championship event for Stephen Westcott of Newfoundland & Labrador, who began playing Boccia in December. He says, “The event was an incredible learning experience and I took a lot away from it”. His goal is to attend as many competitions as he can to improve his skills, and also to show the sport to others who have never played it before. 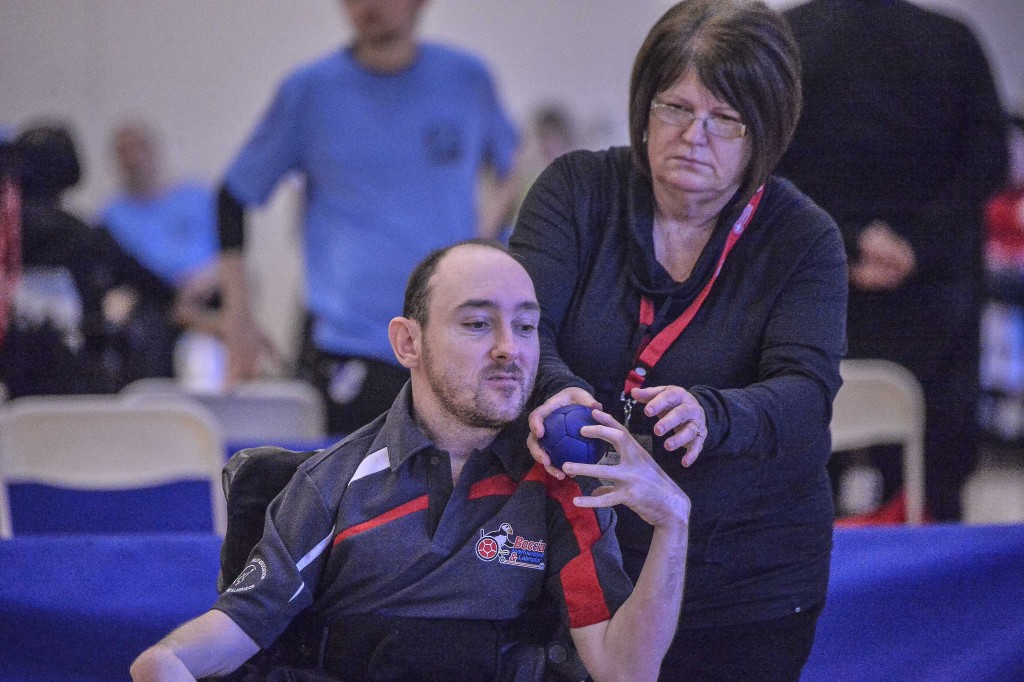 Special mention should also be given to Marylou Martineau, a wildcard athlete from Quebec, who was awarded the “Spirit of the Games Award” as voted on by all officials at the competition.

This event would not have been possible without participation from our amazing athletes, sport assistants, and coaches, as well as help from our volunteers and staff from Boccia Canada and the City of Surrey. Thank you also to Hosting BC and our event sponsors.