Only a Whisker in it: Cougars Tear in on Ice

Check out this blog of our 2015 Sledge Hockey Showdown from a participant’s point of view! Thank you to Angus Blackwood for contributing this piece. Check out SportAbility’s recap of the event here. To find out more about Sledge Hockey in BC and the sessions we offer, visit our programs page.

In the post-BCAFL season, most Cougars probably find themselves either sitting on the couch waiting for the snow to come or spending more time with their significant other. I know that sometimes I’ve found it hard to decipher which can be more frustrating. Further, the void that’s left after a season (especially one as fruitful) also has the effect of not only allowing 10 lbs to sneak under the belt line quickly but also that competitive spirit to momentarily slip out the door.

For the writer of this article, a busy season of Hockey/NFL/Football-watching has set in which has further contributed to a comfortably sedentary life – so when the opportunity came up to enter a mighty Cougars team into SportAbility’s annual fundraising Sledge Hockey tournament, I jumped (albeit slowly) at the opportunity. 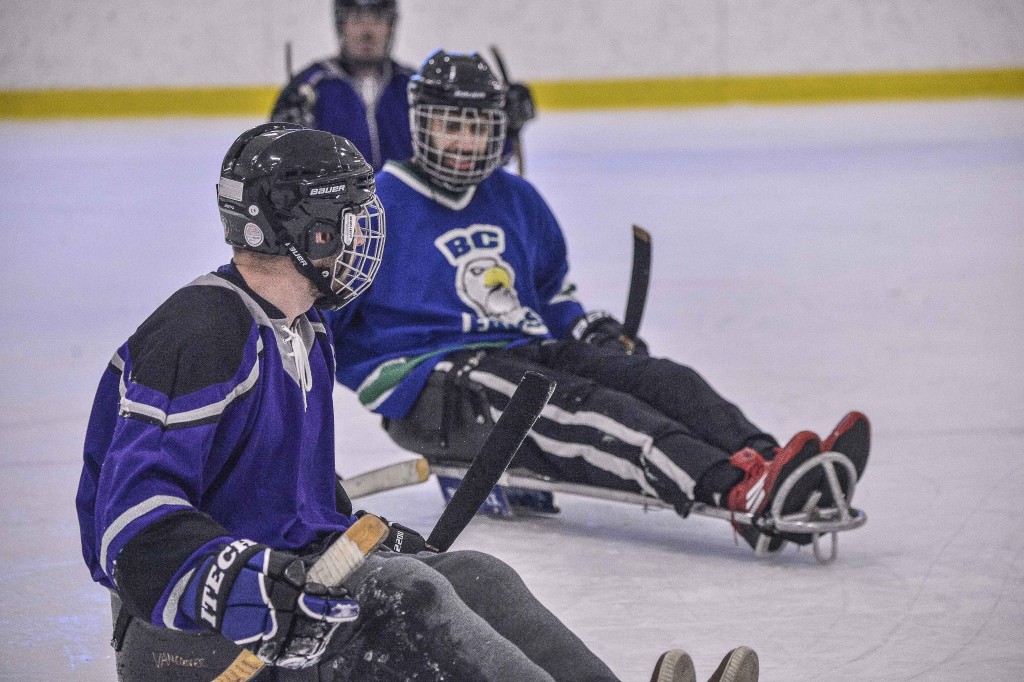 After rattling a few cages, the likes of Cearns, Style, Cleere and Urquhart stepped up to the plate and signed on to not only try their hand at the game of sledge hockey, but to contribute towards raising $500 for SportAbility. The charity supports the development of four sports for people with a physical disability – a very worthy cause. Hats off to the boys for raising this much-needed sum, a fine achievement.

So on the morning of Saturday November 21st, minus one Cougar (Tommy Urqs had a suspect 3am lamb sandwich the night before, or so he says) and with bags under our eyes we schlepped out to Surrey for what would prove 175 gruelling minutes of ice time – 7 games, culminating in a grand final appearance. Not sure any of us would’ve signed up for that had we known beforehand, but in the true spirit of the prowling Cougar we only got better with time.

Things started off slowly in the group stages, finishing with a win, a loss and a draw. After a customary Ryan Cearns rev-up post-game 2, the only non-Cougar member of the team pulled me aside and said in a thick Glaswegian accent: “Christ, these lads are nae here ta lose…”. “No,” I said “they’re not so pick up ye socks.” He promptly did. 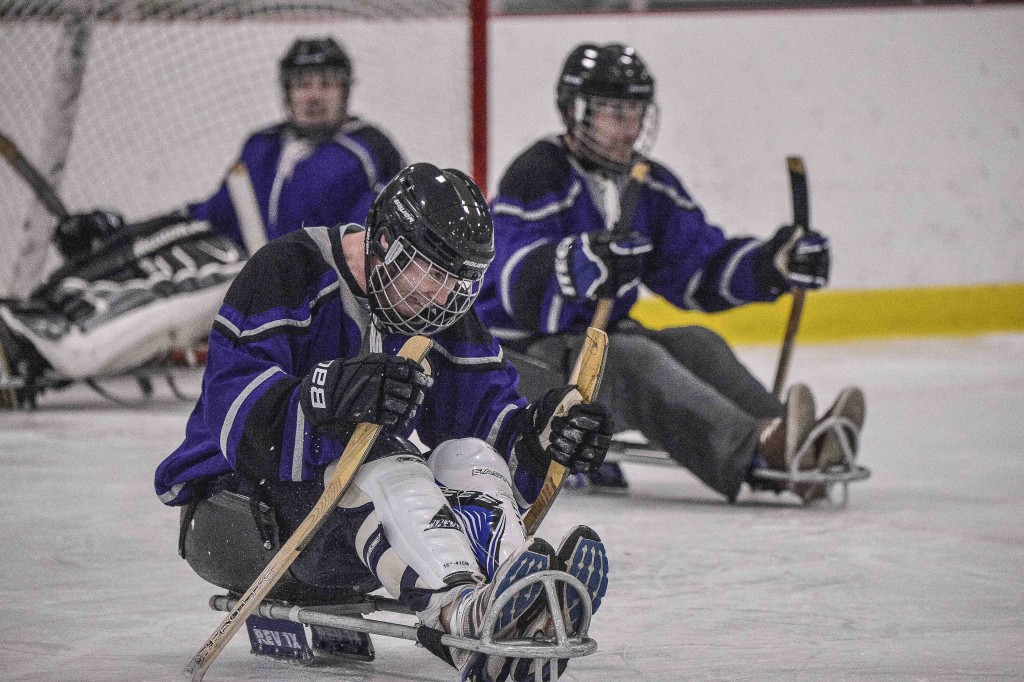 The semis saw us just pull through a nail-biting affair, including a penalty shoot out to progress to the quarters. Some fine goal scoring from Stylesy and Russ saw us safely home.

If there was rust after this gruelling affair, it was thrown away during a brief intermission as we headed into the quarters against the arguable favourite in our pool. Nerves in check, we bumped out to a lucky 3-1 lead in the first 10 – then it was on for young and old as the Cougar lads smelt blood on the ice. Luck had gone out the window. I sat back in goals picking daisies while Cearns racked up a quad in a commanding display up front, with some nifty moves and surreal puck control leading to both Russy and Stylesy bagging a double header-a-piece. Our Scottish compadre, Jamie MacNab (a soon-to-be Cougar brethren), rounded out the scoring with one of his own to own a thumping 9-1 result. 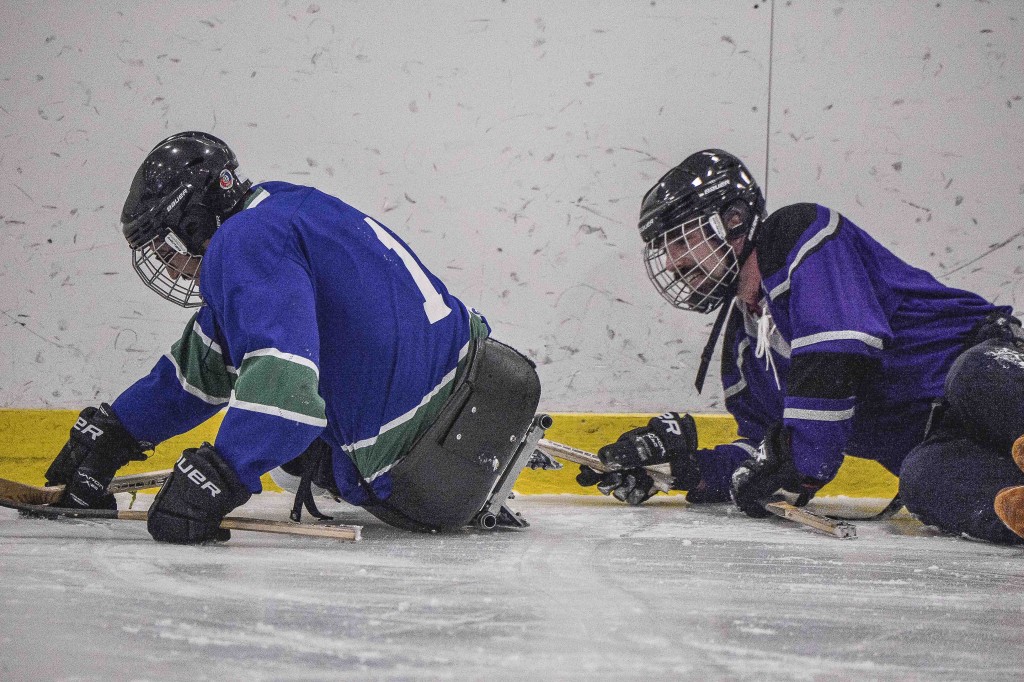 And so, the time was again upon us. Against the Surrey Firefighters mob who had won the last two tournaments and whom we had previously drawn with. The boys were frothing for some T-bones and sledge jams but held their cool to play smart and enter the last agonising minute up 2-1. Due to a somewhat ‘technicality’ (that’s one for the pub), the enemy managed to level with 15 seconds on the clock to send the match into overtime. Yours truly flailed his chicken wings left and right but no amount of flailing could keep the rubber out of the net on this occasion. 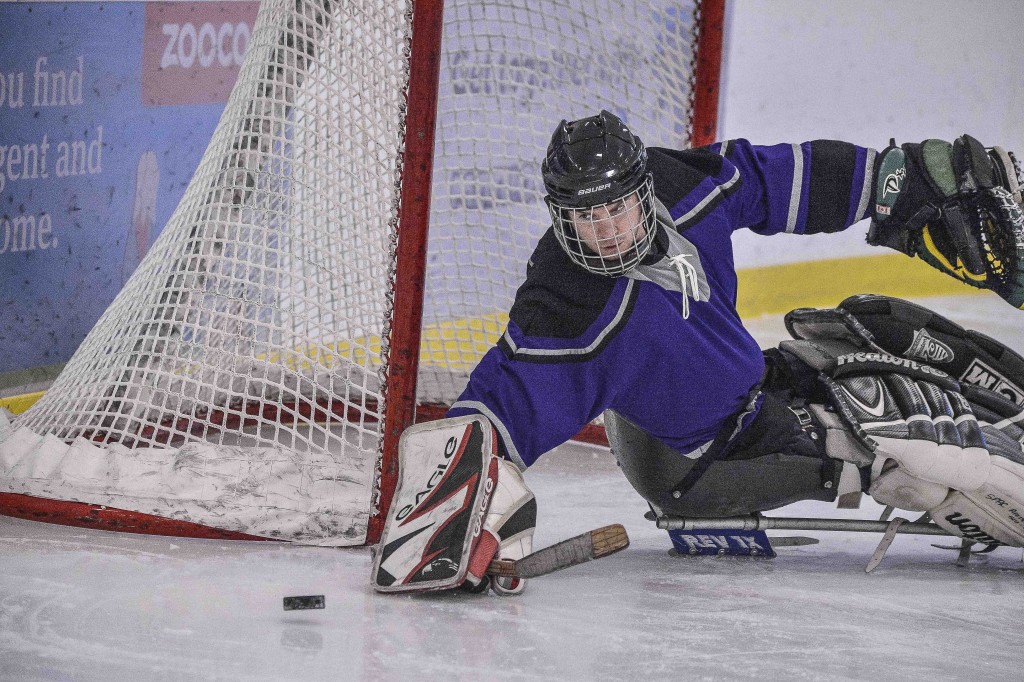 In a penalty shootout that seemed to last a lifetime, neither team had managed to plug one after two attempts. On the final role of the dice, our opponents managed to lift one over the plonker wearing the goalie pads (guess who) and into the net. In return, you could hear a pin drop as our most prolific goal scorer attempted to do much the same – but fell agonisingly short. Despite being so close, it wasn’t to be.

Not a Cougar head dropped as we shook hands with the victors, and after the haze of competition had lifted the true spirit of the day quickly became apparent – the cause, much greater than any achievement of a single team, Cougar or otherwise – was the true winner.

Big shout out to SportAbility, namely Jenny Jack, for putting on such a great event and of course our coach and mentor, Bruce Reding.

Next year, we’ll be back. And firefighters will be on the menu. 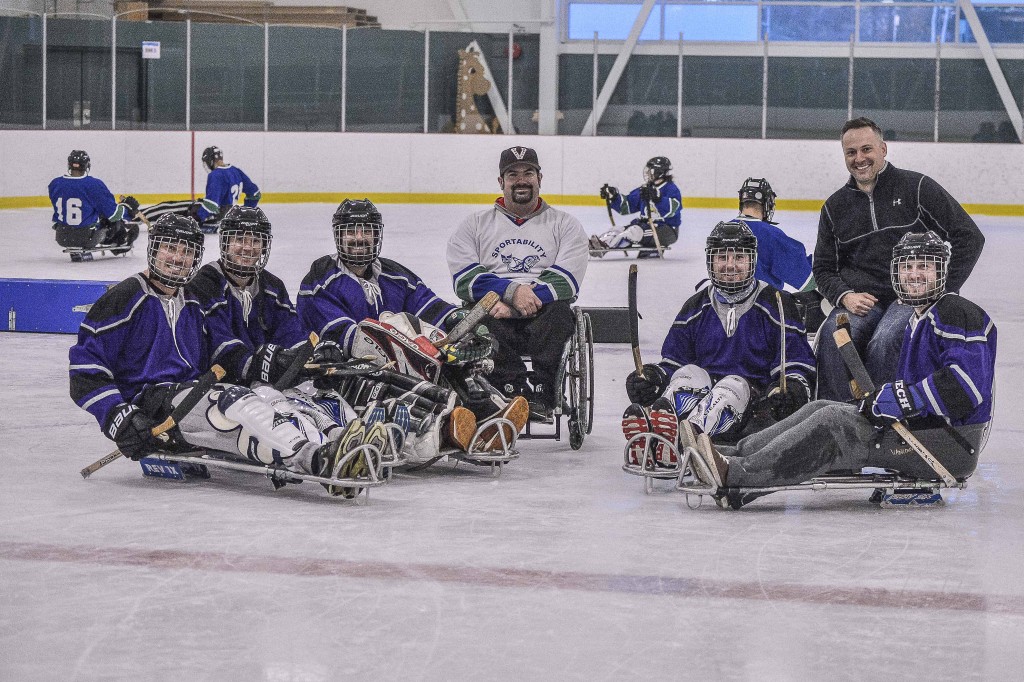